We may think that owls have an easy life - mostly we see them during the day, when they are roosting quietly somewhere. The truth is that, like most predators, they must work hard to find adequate food. Those that do not become adept hunters in the first year of life will never make it to the second. Somewhere between 50 and 70 percent of owls will not make it to their first birthday.

Those that make it through their first year will need to further hone their hunting skills before they are able to successfully raise young of their own.

Once past these landmarks the smaller species may live only as long as 10 years in the wild. Barred and Great Horned Owls may make it to 15 or 20. It is thus likely that in the many years that I have been observing adult Barred Owls in the park that some have died and been replaced by new individuals.

Personally I have found three dead owls in the park - all in the Beaver Lake area (part of the Eastern pair's territory). I have also heard of another death - near Prospect Point in early 2009. I do not believe that the Beaver lake area is more prone to deaths it is simply more accessible (to humans). That said, the third one I found was only a day after seeing it apparently well but near a bike path (where I found its remains). 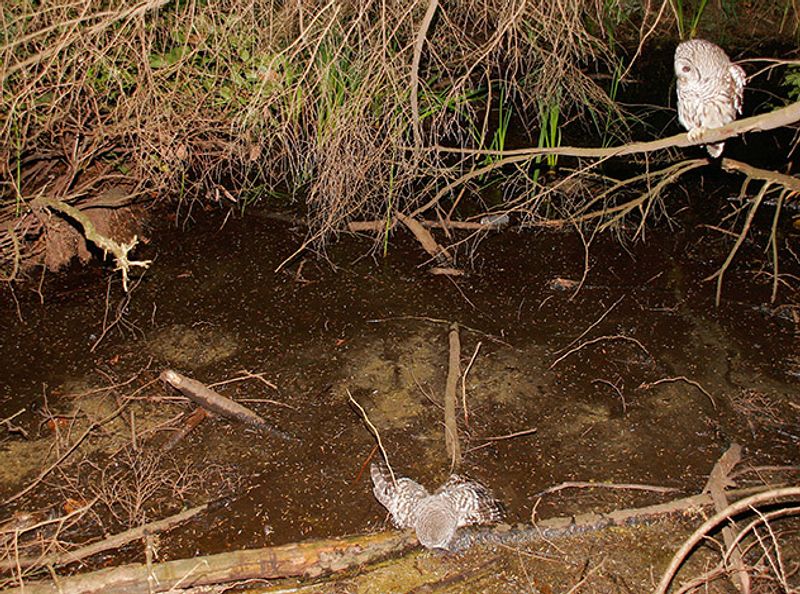 I was lead to this owl when I was watching the adult (presumably the parent). 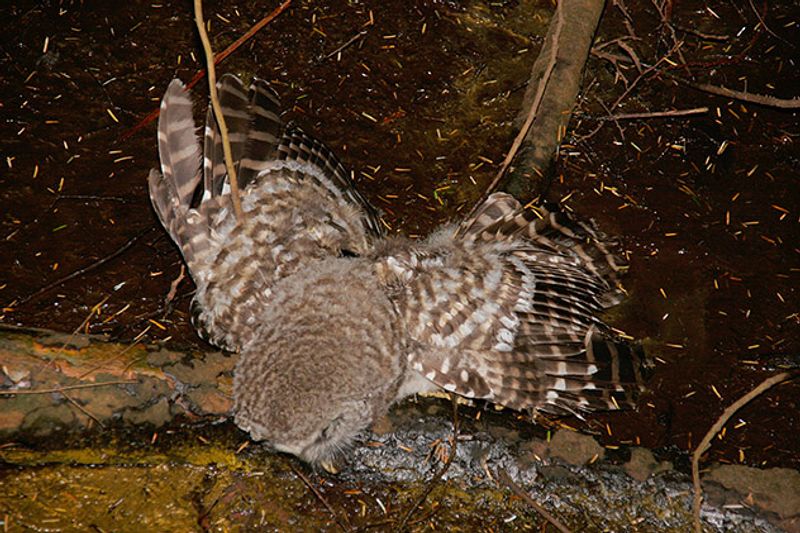 I could not tell how long it had been there, but from the condition, I think it must have been a recent fatality.

This one was found in the blow-down area near Beaver Lake. It was not immediately obvious if it was an adult or juvenile, but professional examination by Koren from the Ecology Society revealed it to by a malnourished juvenile. 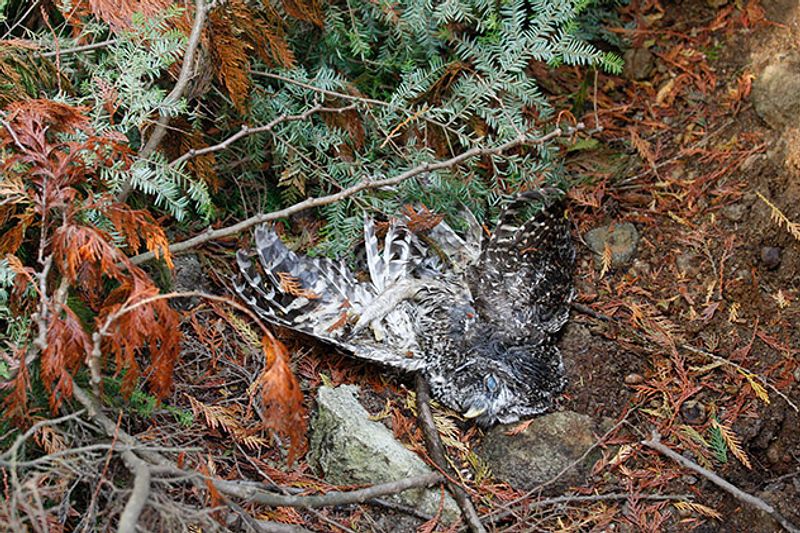 By October, the parents would have ceased feeding the young. Around that time they begin dispersing in search of their own territory. It is thus possible that this was not even a "local" owl, but it probably was one of the Eastern pair's young.